CLICK HERE TO SEND YOUR PASTOR TO THE CARIBBEAN! 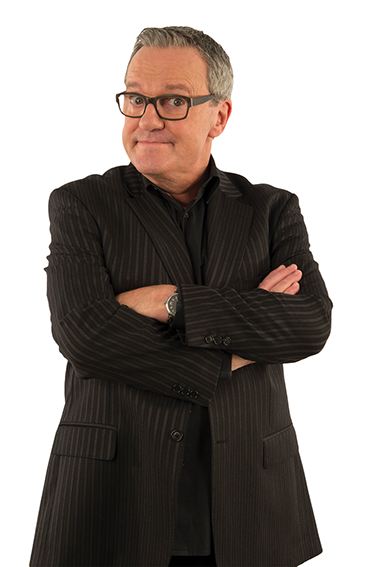 Join me for the very first CRUISE I get to host all by myself! If you love a sunny Caribbean vacation, powerful music, delicious food, inspiring moments, and ME, then Mark Lowry’s Spring Fling Cruise is for you! This is going to be the most unforgettable adventure of our lives!

Joining me for this week of celebration are some of my favorite artists on the planet! I’m bringing The Martins, known for their family harmony and heart-melting vocal blend; TaRanda Greene, whose powerhouse voice blows me away every time I hear her; The Ball Brothers, who will bring their energetic quartet harmonies; plus my favorite pianist in the world, Stan Whitmire! Also, I am bringing my pastor, Brett Jones! I am so excited to introduce him to you, because he will engage us in thought-provoking moments and messages about Jesus that I know will leave you hopeful and encouraged!

Oh, and I am already planning some outrageously fun events like a “Pajama Karaoke Night” and “The Not-So-Newlywed Game” where some of our featured artists will be contestants!

Our cruise ship for the week is the Royal Caribbean’s Independence of the Seas and it is incredible. It’s a destination within itself! This ship serves scrumptious food. (Seriously, if you know me at all, you know how much I love to eat!) The ship also offers some of my favorite themed restaurants onboard, like Johnny Rockets, Chops Grille Steakhouse and Giovanni’s Table! They even have a Ben & Jerry’s Ice Cream!

We'll set sail from sunny Fort Lauderdale in Florida, and we will sail for five glorious nights. Along the way, we’ll visit Royal Caribbean’s own beachfront property on the shores of Haiti, which offers an over-water zip line, an alpine coaster, and much more. Then we will sail to Jamaica to take in gorgeous waterfalls, beaches, water sports and local cuisine you’re sure to love!

Soooooo? Are you ready to vacation with ME? Call and book your cabin right now because the best cabins disappear first! 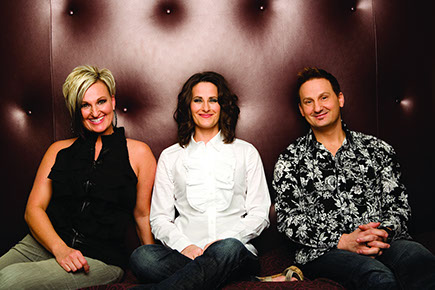 Siblings, Joyce, Jonathan and Judy, collectively known as The Martins, have enjoyed countless radio hits and performances at concert halls, arenas, auditoriums and churches worldwide. During the 1990s, The Martins rose to national and international success, showcasing their stunning and distinctive harmonies before a vast array of audiences, from legendary singer/songwriter Bill Gaither’s multi-award winning Homecoming Video and Concert Series to the White House to Carnegie Hall. Over the years, the trio garnered eight Dove Awards from the Gospel Music Association, as well as a prestigious Grammy nomination.

In 2003, the siblings chose to take different paths. “We needed that time off to recharge our batteries on all levels,” Joyce explains. “That was a very important time for each of us. We needed to grow individually, both in our spiritual lives, as well as in our personal lives.”

After nearly a decade of pursuing individual music careers, the three reunited in 2010, and today their precedent-setting musical influence is as strong as ever. In 2011, they released their first new recording together in 10 years. New Day, distributed by Gaither Music Group, was produced by Jay DeMarcus (Rascal Flatts), and features the trio’s unmatched family harmony. In support of the release, The Martins returned to touring and found the welcome arms of audiences who have been embracing their music for decades. “Once we got back on stage,” Joyce shares, “something just clicked and felt right, so we thought, ‘If God, in His graciousness, was willing to use us again as a trio, who are we to say that He shouldn’t?’.” 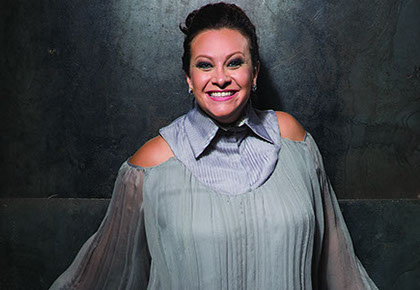 To capture the essence of TaRanda, you must fully embrace the word authentic. Her vocal abilities have been described as indescribable. Many people have tried to define them as soulful, worshipful or inspirational. Her voice cannot be put into a stylistic box, yet it fits beautifully into the hearts of listeners of all ages. The reason she has been a featured soloist for many years with the famed Brooklyn Tabernacle Choir and has taken command of stages from Europe to Carnegie Hall is because TaRanda is vocally authentic.

Like all of us, TaRanda is no stranger to heartbreak. When you hear her extraordinarily powerful testimony, so much is revealed… grace, healing, restoration and love from a perfect Savior. In those moments of ministry, TaRanda unashamedly relies on the Holy Spirit to work as only He can, knowing that lives can truly be transformed at the foot of the cross. We all desperately need more of His grace for every moment. TaRanda's concerts point directly to the authenticity of God’s redeeming love.

To know TaRanda is to experience the many layers and the true beauty of being authentic. 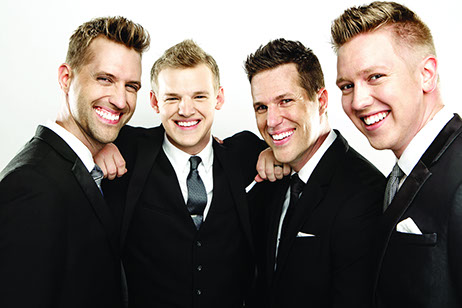 When it comes to the Ball Brothers, forget what you know about other "gospel quartets." Because this unique group stands in stark contrast to many preconceived notions regarding traditional quartet music, the Ball Brothers have found life "outside of the box." Tenor vocalist, Andrew, states, "We're a younger group and we're a different kind of group. At first, it was a struggle trying to imitate other groups and fit into the proverbial 'southern gospel mold'. We finally stopped apologizing for what we weren't and have embraced the uniqueness of our God-given voices and harmonies. Since then, our musical horizons have expanded, and our ministry has really taken off."

Since their formation in 2006, the Ball Brothers have rapidly made their mark in Christian music by finding a musical balance between the old and the new. "We've never been to a place where every person in the audience was the same age. On the contrary, most places we go have a mixture of young, middle-aged, and older people. So, our music style and song selection is based around that blend. It's great to see a grandmother and granddaughter worshiping together and enjoying the same music. We get to see that on a regular basis," says lead vocalist, Daniel. What can someone expect when they hear the Ball Brothers? A mix of musical styles, melted together by tight, four-part harmony. Each song is hand-picked to be message-driven, and theologically sound. Their goal is to spread the message of the Gospel and encourage believers. 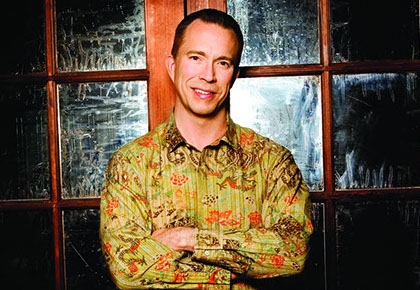 Stan Whitmire, has a list of accomplishments, both diverse and impressive.

For the past 38 years, Stan has been an integral part of the music ministry of one of the nation’s leading churches, Mount Paran Church of God in Atlanta. He brings to each performance a rich musical heritage spanning several generations and covering a variety of musical styles.

Stan has worked with award-winning pianist, Dino Kartsonakis, on his Christmas Pianorama production and occasional other showcases, and has also accompanied such artists as Charles Billingsley, The Booth Brothers, The Collingsworth Family, Michael English, The Gaither Vocal Band, Alicia Williamson Garcia, Greater Vision, Mark Harris (4-HIM), Cana’s Voice, The Martins, George Beverly Shea, and many more!

Stan is a featured soloist and accompanist on many of the Bill and Gloria Gaither Homecoming video projects, Stan often works with the Gaithers both in the studio and on occasional concert dates.

In 1997 he began working for the Billy Graham Evangelistic Association as an accompanist and vocalist, ministering at various national crusades and conferences. Stan is also a part of many In Touch Ministries (Dr. Charles Stanley) events, playing for rallies and conferences across the country, and cruises to Alaska, Greece and the Caribbean. 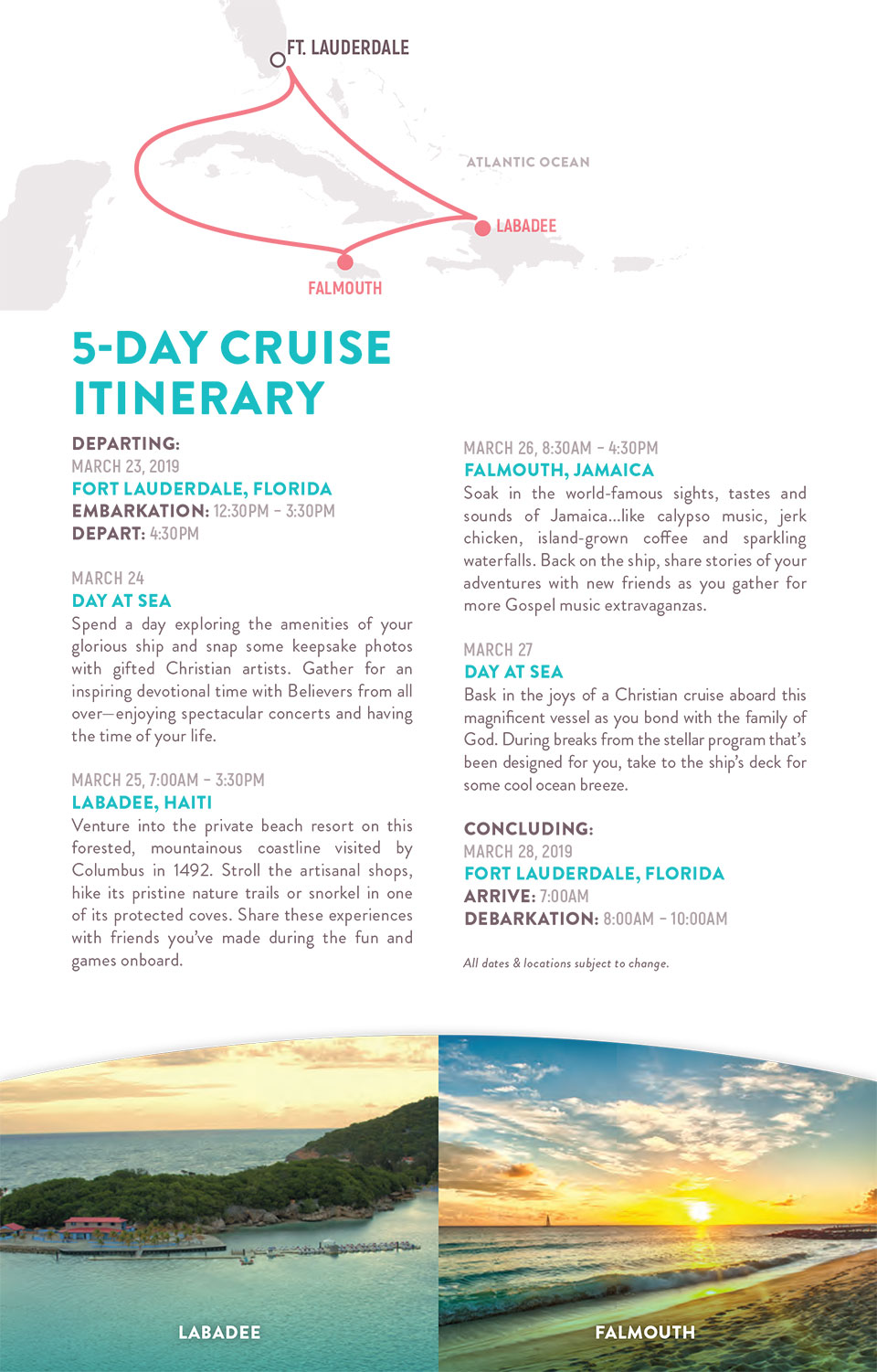 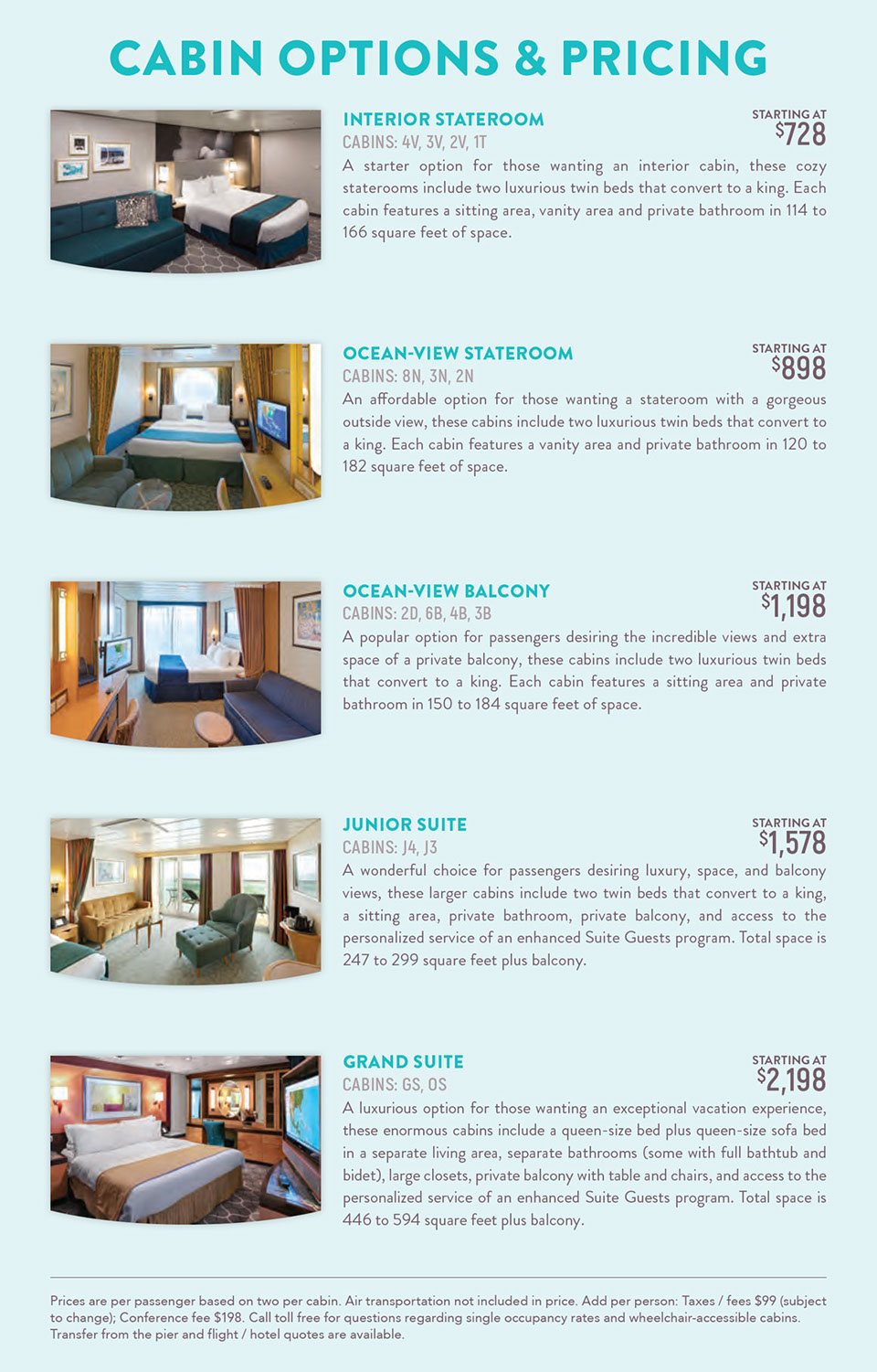 a Reservations Coordinator & make your reservation. 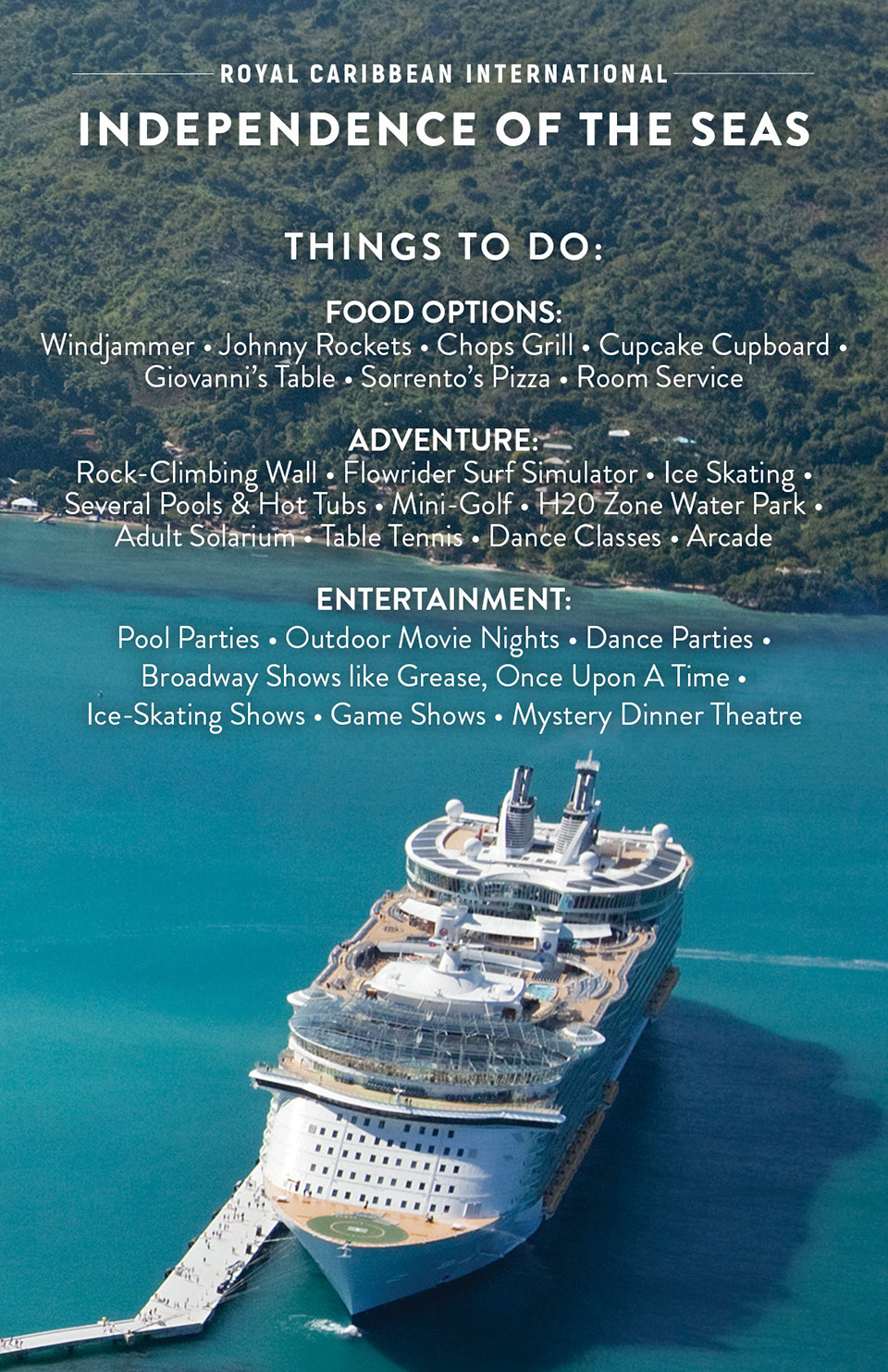 Only individuals booked through IMC Mgmt will be allowed to view all performances and events.